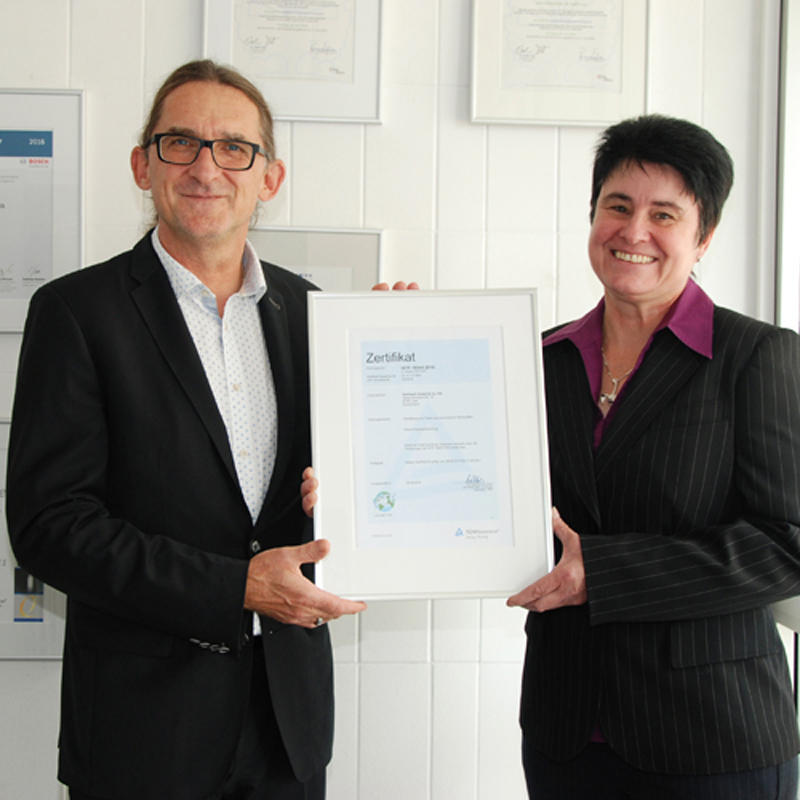 Sembach Technical Ceramics is now officially certified according to the automotive-specific quality management standard IATF 16949. This standard is based on ISO/TS 16949 and is a tightening of the conditions to be met for certification. Many industries can benefit from the certification and the associated high standards at Sembach.

For the family-owned, medium-sized company Sembach Technical Ceramics, the successful transition audit and the associated maintenance of the IATF 16949 certification conclude a costly adaptation process to the changed requirements of the standard. Sembach has been certified according to ISO/TS 16949 since 2007. The changeover to IATF 16949, which was announced in 2016 by the International Automotive Task Force (IATF), however, resulted in some tightening of the standard aimed at further optimizing process quality and minimizing errors and risks in the production process. This poses challenges for medium-sized companies like Sembach in comparison to large corporations, since the implementation of the measures required for the certification requires the release of internal resources. Many medium-sized companies cannot cope with this outlay. However, as the automotive sector will continue to be an important sales market for Sembach in the future, there was no doubt the ceramics specialist would go through the complex and costly certification process: an investment of internal resources into the future, because securing the certificate will have a positive long-term effect on the growth of the company.

IATF 16949 is based entirely on ISO 9001:2015 and is divided into ten sections according to the so-called High Level Structure, whereas the old standard consisted of only eight sections. The extension of the standard, based on ISO/TS 16949, has strengthened the process-oriented approach of quality management. In particular, the requirements for risk assessment and the resulting risk management were tightened in the course of the conversion to IATF 16949. The aim of the company is to constantly keep an eye on the possibilities for the continuous improvement of processes even after receiving the certificate. Likewise, the value of the company’s internal knowledge should be rated even higher in the future.

Process optimization beyond the automotive industry

With the successful certification, Sembach has once again positioned itself as a competent and reliable partner to the automotive industry. In addition, certification has also made the company interesting for customers from other sectors. In addition to their many years of experience in the manufacture of complex components in ceramic injection molding, for example, they benefit from the company’s efforts to continuously develop and optimize processes.

Martin Sembach, CEO, and Gabriele Kuhn, Quality Management Representative at Sembach Technical Ceramics, are pleased to announce the successful completion of the certification process: “The new certificate assures our customers of high process quality and stability.”