Special development with the Max-Planck Institute 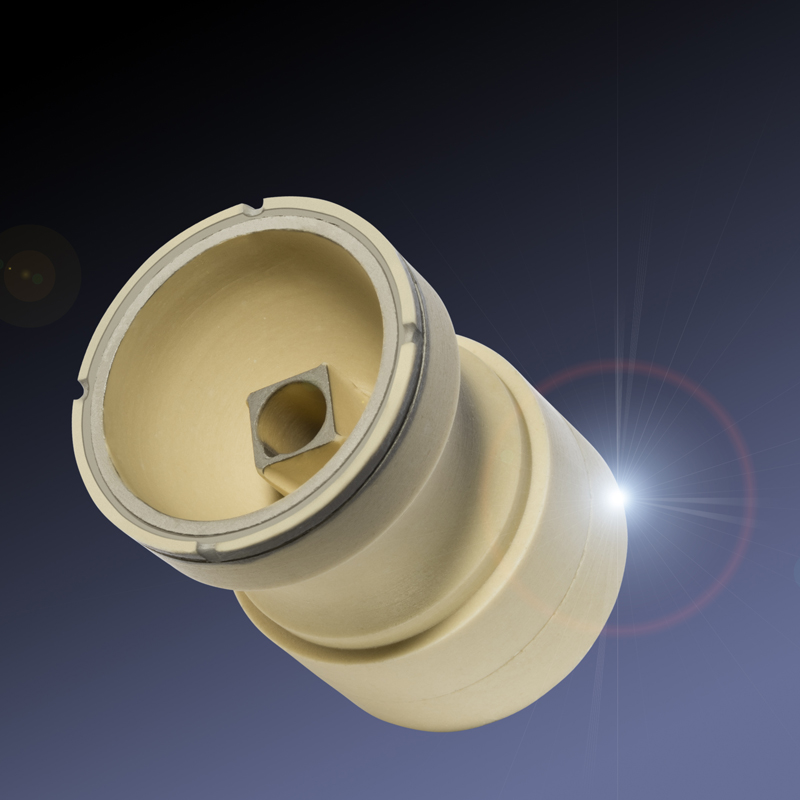 The Rosetta space probe has entered the orbit of the target comet 67P/Churyumov Gerasimenko and is now preparing to deploy the Philae lander. The object of the mission is to perform research on the surface of the comet using a number of measuring instruments, such as a gas analyzer, the most important part of which is a detector used as an electron multiplier, produced from technical ceramic by Sembach, the medium-sized company based in Lauf a.d. Pegnitz.
Of particular importance is the in-house development of the Max Planck Institute for Solar System Research. Instead of using a commercial channel multiplier, a combination using technical ceramics protects the fragile part from breakage during the rocket launch or when landing on the comet.

There will be many small technical details contributing to the success of the international Rosetta space mission. After travelling six billion kilometers through space over a period of ten years, the Rosetta space probe recently reached the target comet 67P/Churyumov Gerasimenko – on board: the technical ceramic from the Franconian company, Sembach Technical Ceramics. The probe from the European Space Agency including its Philae lander carries a total of 21 scientific instruments. One of the instruments is a gas chromatograph with ion trap mass spectrometer. This gas analyzer, named Ptolemy, will measure the isotopic combination of the surface of the comet. In combination with numerous tests and analyses performed by other measuring instruments, the Ptolemy will reveal whether cometary impacts were important for the existence of life on earth.

Technical ceramic predestined for use in space

Technical ceramic can be found in devices used in numerous space missions. The German Museum in Munich, for example, has an instrument from the Cassini space probe that also contains Sembach ceramics.
At the core of Ptolemy is a detector composed of electronic multiplier channels, which was developed by the German Max Planck Institute for Solar System Research (MPS). The spiral shaped channels are usually produced entirely in black lead glass. However, the electron multiplier channels from Ptolemy are made of a combination of lead glass and technical ceramics – the hollow body is composed of alkali-free special steatite (magnesium silicate), with the inner space moistened with lead glass. “There are special requirements to be taken into consideration when system components are used in space”, explains Dr. Fred Goesmann, Physicist in the Planets and Comets Department at the Max Planck Institute for Solar System Research. In contrast to detectors that are produced entirely in glass, ceramic glass detectors have a high mechanical stability and high electrical insulation properties. High vibration and shock loads occur when the rocket sending the probe into space is launched. The resulting frequency spectrum is transferred immediately not only to the Rosetta components but also to the detectors in the ion trap mass spectrometer and could destroy them. “If the glass in the detector breaks, the ion trap mass spectrometer will no longer be functional. This would mean that an instrument would be unable to deliver the information required for the isotope ratio measurements“, says Dr. Goesmann describing the extent of any damage to the instruments. In this application because of its high resistance, the technical ceramic has a protective function. His predecessor, Dipl.-Phys. Hans Lauche, now retired, had actively promoted this in-house development.

The ceramic support body of the Ptolemy detector has a high level of electrical insulation. This ensures that the measuring signal is not distorted. Another advantage of technical ceramic: It can be easily processed, thus allowing complex shapes and coils to be produced within the channel. Martin Sembach, Managing Director of Sembach Technical Ceramics, explains: “The Rosetta is the first space probe in the history of space research to land on a comet. We are very proud that one of Sembach ceramic components is part of this expedition and, thanks to its unique material properties, will make a significant contribution to the success of the mission.“

Images to Press release: Special development with the Max-Planck Institute